As part of the ongoing STOPfoodwaste programme, Mr. Batt O Keeffe, TD, Minister for Enterprise, Trade and Innovation, officially opened another Master Composter Site, this time in Mallow, Co. Cork in September 2010. The opening also marks the graduation of 31Master Composter volunteers who are now available to present talks and host information stands at events around Co. Cork.

This is one of several sites already developed or underway across the country being run by local Master Composters as part of the CTC led programme .

The national pilot of this initiative was held in Frenchpark, Co. Roscommon throughout the month of October 2009 where thirty members from local communities became Ireland’s first master composters.Since then, the programme has gone from strength to strength.

Master composters are individuals who have committed some of their time to promoting food waste prevention and composting throughout their local communities. 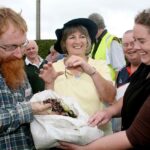 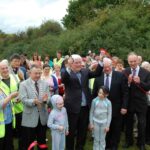 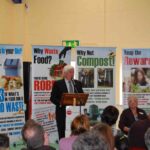